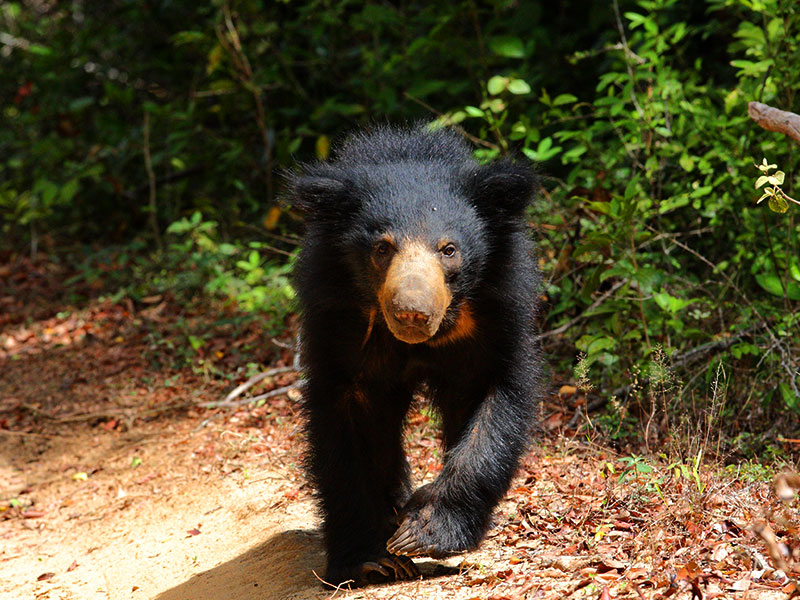 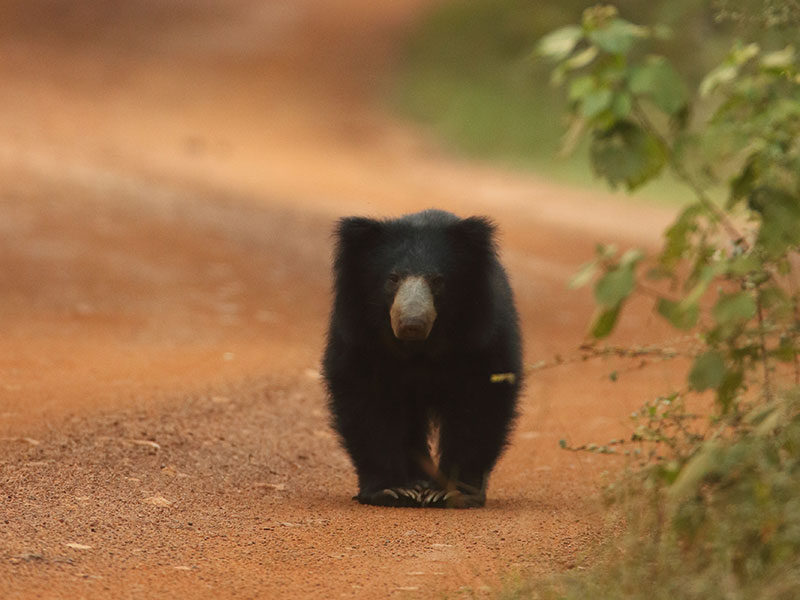 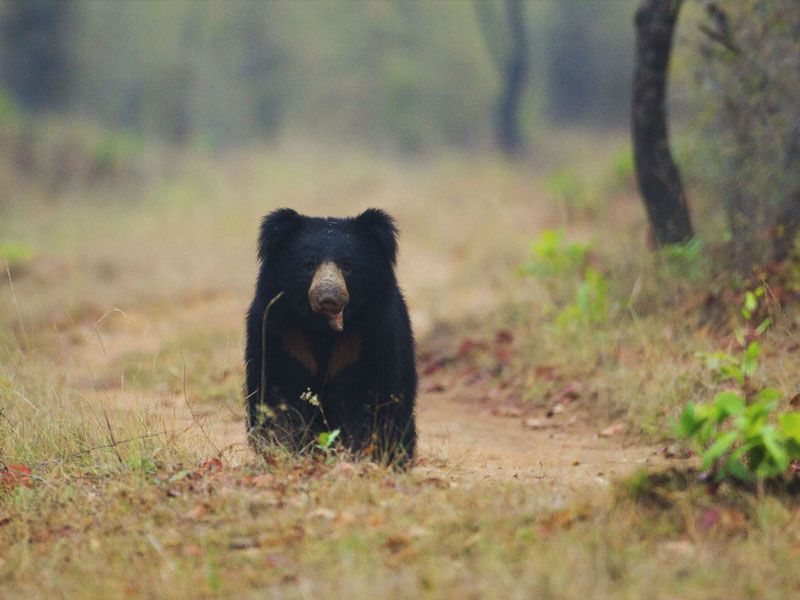 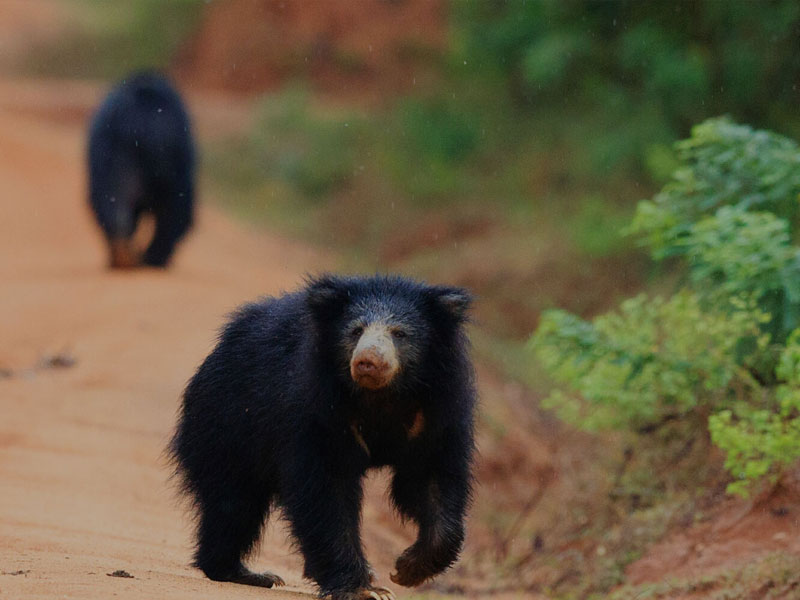 The Sri Lankan Sloth Bears are omnivores who feed on almost anything like plants, animals and insects; nevertheless being agile tree climbers their favourite diet includes fruit, bees honey and termites, most often found high-up on trees. They are mostly nocturnal and are best spotted early in the morning or late evening. It is known that Sloth Bears have very poor eyesight and hearing but an excellent sense of smell.

Sloth Bears are known to be solitary by nature, except females with cubs and on rare occasions the both male and female accompany their cubs. The Sri Lankan Sloth Bear mates all year round, with the female’s gestation period lasting 210 days, when it gives birth to not more than two or three blind cubs. After a period of about 30 days, these cubs are able to move about with their parents, most often clinging on to the mother’s back. They live with the parent/s for close to 2-3 years before they move out on their own.

The Sloth Bear is considered to be the most dangerous animal to encounter in a forest as they are wary of humans and will attack if their territory is trespassed. The Sloth Bear is known to make grunts and snorts and sucks its paws emitting distinctively different sounds that convey emotions such as anger, impatience, happiness and even bliss after a heavy meal. Wasgamuwa National Park has recorded the highest concentration of Sloth Bears and visitors have a good chance of seeing them in their natural habitat.