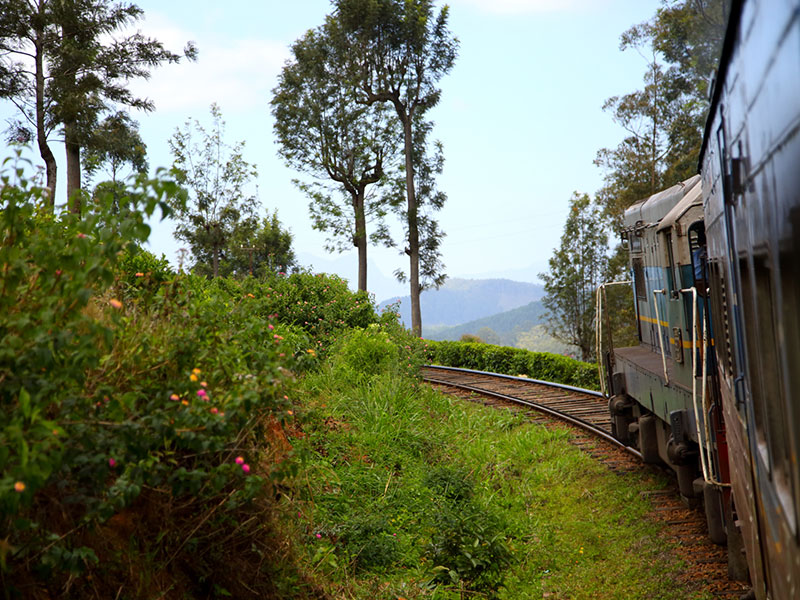 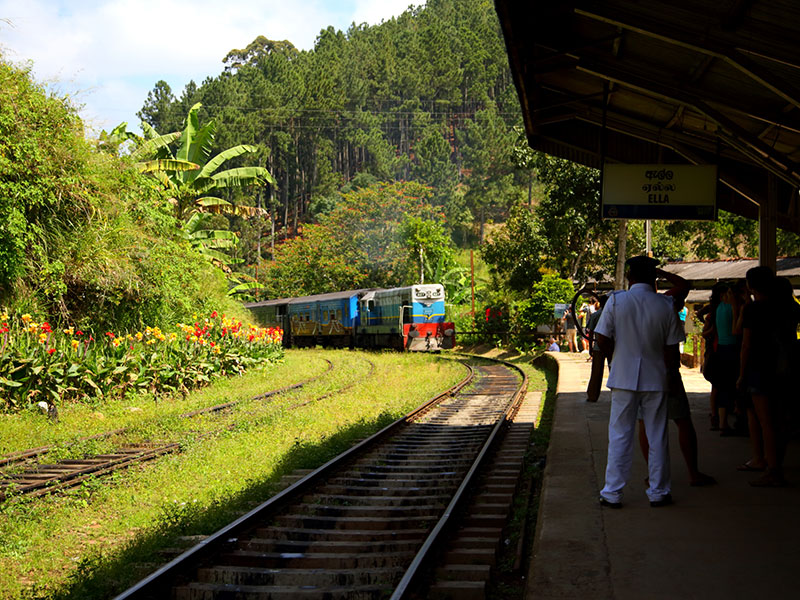 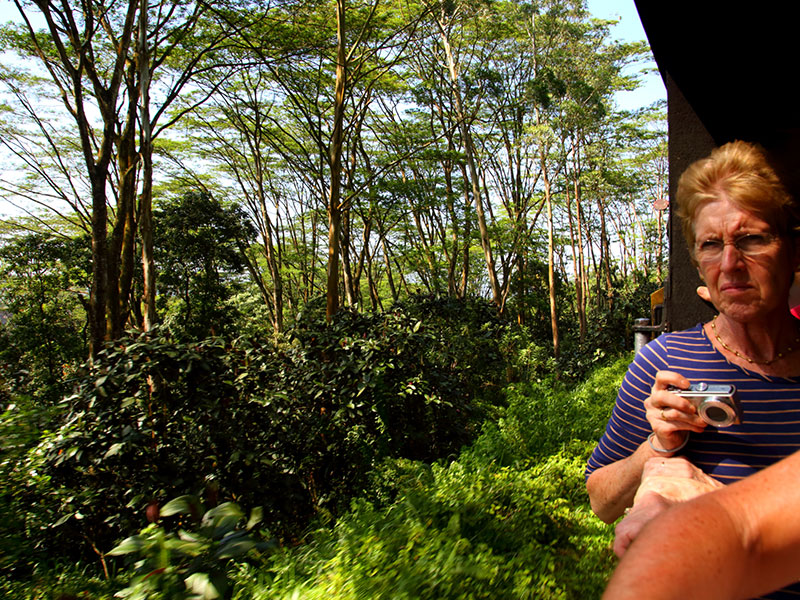 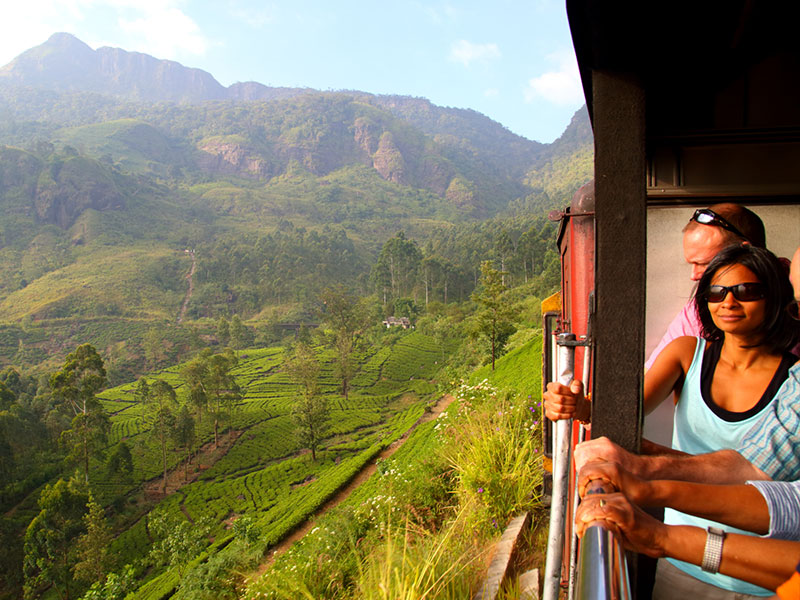 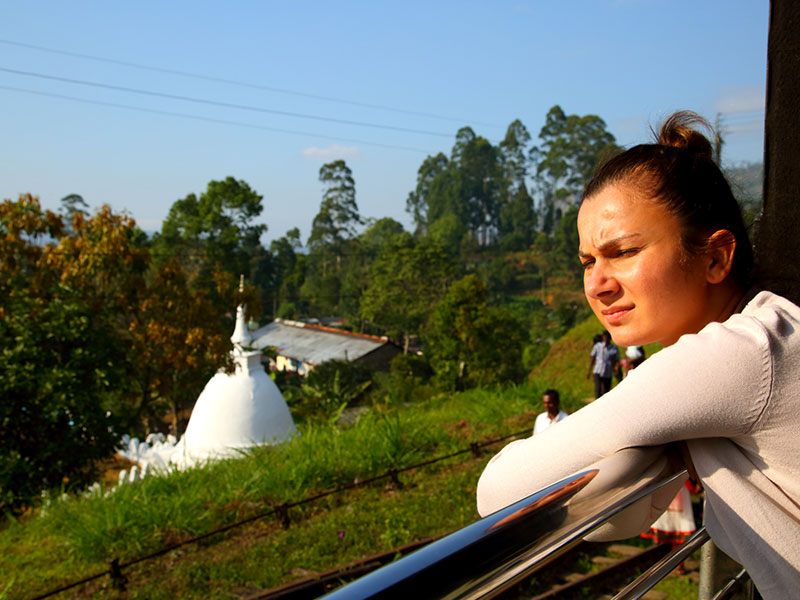 The best method to discover Sri Lanka's natural splendor is via train, which is also a highly daring kind of transportation. You can arrange your vacation using a very economical form of transportation by choosing a rail tour in Sri Lanka. There are private and public luxury and moderate class rail services to well-known tourist spots in Sri Lanka. This teardrop-shaped island in the Indian Ocean, Sri Lanka, is extraordinarily gorgeous with its giant coconut palms, thick woods, epic history, traditional tribal folk culture, and pristine beaches. Sri Lanka is one of the most fascinating and alluring tourist destinations because it is more than simply a location; it is a city full of experiences, adventures, and bright emotions. Train travel is one of the best methods to discover Sri Lanka's natural beauty. Yes! In Sri Lanka, taking the train is like entering heaven.

Well, during the British colonial era, Sri Lankan railroads were built to move coffee from one location to another. In addition to being comfortable, Sri Lankan rail trips also save time for travelers, especially those who wish to see a lot of new areas while traveling there. It astounds you with its breathtaking views of the varied scenery, scenic splendor everywhere, perfect weather, and many other things.

Below mentioned are some spectacular train journey that you should not miss when you are with kids in Sri Lanka.

If you want to enjoy both the city and the countryside, all you need to do in Sri Lanka is take the train from Colombo to Galle. You can enjoy the seaside wind and sample some native Sri Lankan snacks as you travel from the country's capital to the coastline, where the Indian Ocean washes up to the railroad lines. The largest municipal park in the capital, Galle Face Green, is located on the south shore and is traversed by the railroad line for practically the whole distance. You may also get off at seaside towns like Hikkaduwa, where you can surf and enjoy smoothies at beachside cafes, and Moragalla where you can snorkel while surrounded by coral reefs.

The thrilling 7.5-hour trip from Kandy to Badulla is frequently referred to as the most picturesque train ride in the entire world. It is advised that you reserve a seat in the panoramic carriage so that you can marvel at the whirling, twisted tea plantation, the crisp edges of lemon grass and canna bushes that add decorative prosperity to the edges, and the Rainbow Saris tea picker that casts a brilliant flash of color across the emerald sea waters. Sit on an open train door with your feet hanging in the air to fully appreciate the panorama, which will change frequently throughout the voyage. Many travelers complete their journey at Ella, but Badulla is worth visiting as well.

The nine-arch brick and stone bridge, a marvel of 19th-century engineering, is one of the final, more dramatic sections of the journey from Ella to Badulla. The rail track crosses the bridge and then circles the Demodara Loop, making for an incredible photo opportunity. Jump on Ella and trek to the viewpoint near the bridge if you decide not to go all the way to the end.

Anuradhapura to Jaffna's scenic train ride in Sri Lanka has a stormy past. The railroad was out of service from 1990 to 2014 as a result of the conflict in Sri Lanka between the LTTE and the Sinhalese-run government. The high-pitched cheering of locomotives then returned in 2014 when Yal Devi Express made its first trip back to Jaffna on the brand-new shiny tracks of its generation. After years of fighting, the path from Sri Lanka's historic capital to a significant Hindu colonial city was reestablished.

Jaffna is regarded as the city of temples, and trains are frequently packed with tourists and religious adherents. Before you board the train, make sure to visit the Anuradhapura UNESCO World Heritage Site. The city was allegedly founded in the 10th century BC, making it one of the oldest continuously inhabited settlements in the world. A three-and-a-half-hour trip from the historic Buddhist city of Anuradhapura to Jaffna will give you a glimpse of a very different Sri Lanka today.

In order to advance the economic goals of the British Empire, the train route from Colombo to Kandy was first created in 1860 to transport coffee and tea from Colombo to the seashore. From the official capital to the spiritual capital, the 3-hour journey passes through picturesque villages, rice fields, sweltering forests, and rolling hills.

The journey is made worthwhile by stopping at Kandy and visiting the shrine of the fabled sacred tooth relic, which is purported to hold the genuine teeth of the Buddha. Some portions of the services on this line connection continue to Badulla.

One of the most beautiful train journeys in the world is the one from Kandy to Ella. This unforgettable voyage begins in Kandy, the country's final royal capital, then travels to Ella, a serene, picturesque village in Sri Lanka's central highlands.

The train's chug-chug signals the start of the rail-road illusion. The train ride slowly climbs 2024 meters, passing through forested areas, lush tea plantations, waterfalls, tunnels carved into the rock, vast mountain ranges, deep gorges, and scenic valleys. The Nine Arch Demodara Bridge and the interesting, 441-foot-long Demodara Loop, where the railroad track passes underneath itself and emerges from the tunnel, are the journey's high points. This six-hour trip will undoubtedly be punctuated by WOWs. Awesome! Unbelievable! In addition to being a great picture session, it was also Out-of-this-world! 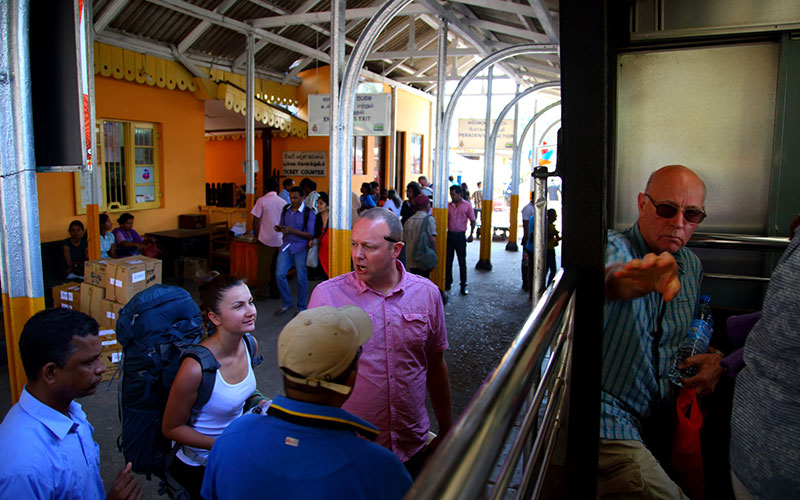 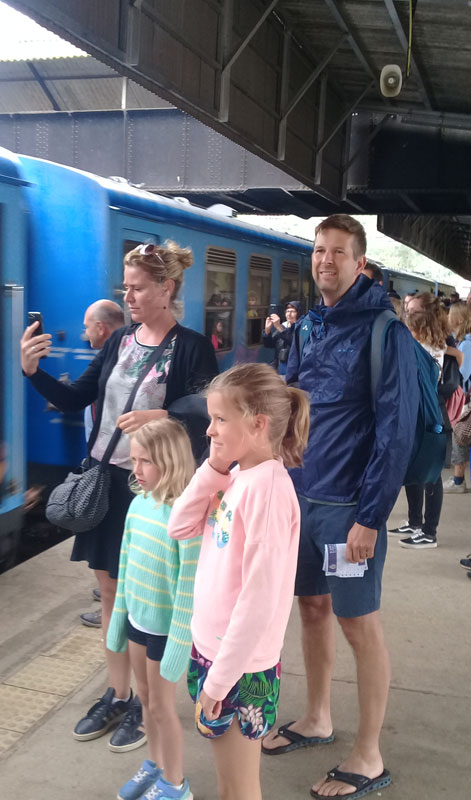 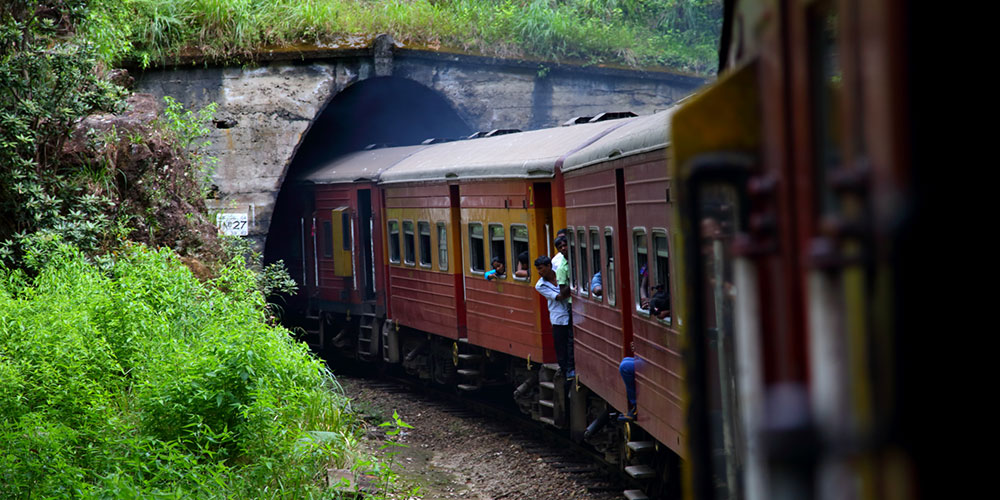 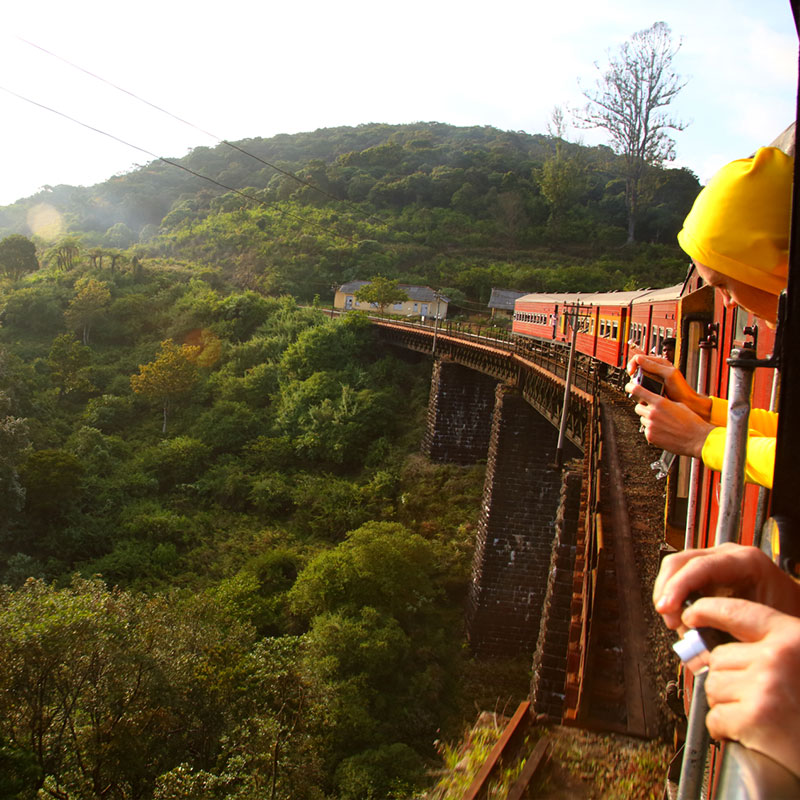 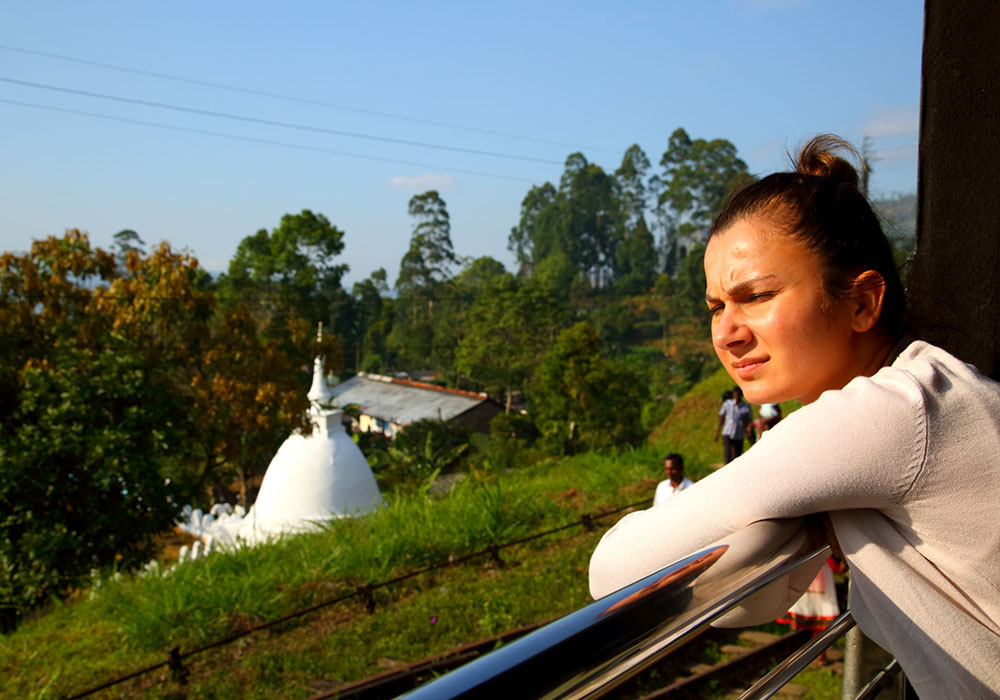 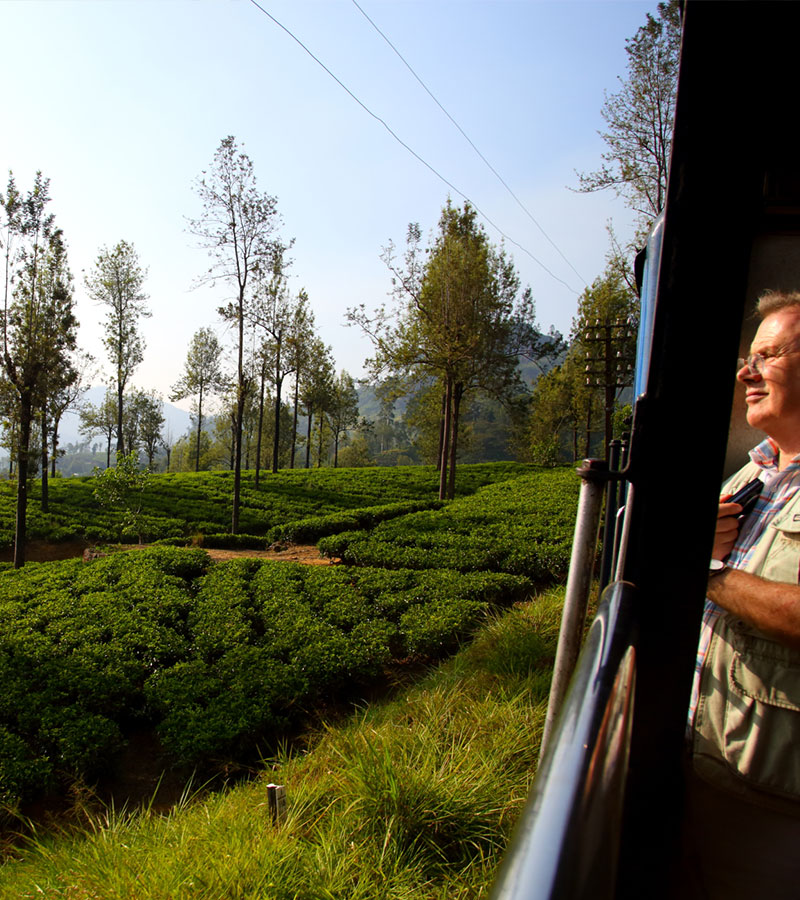 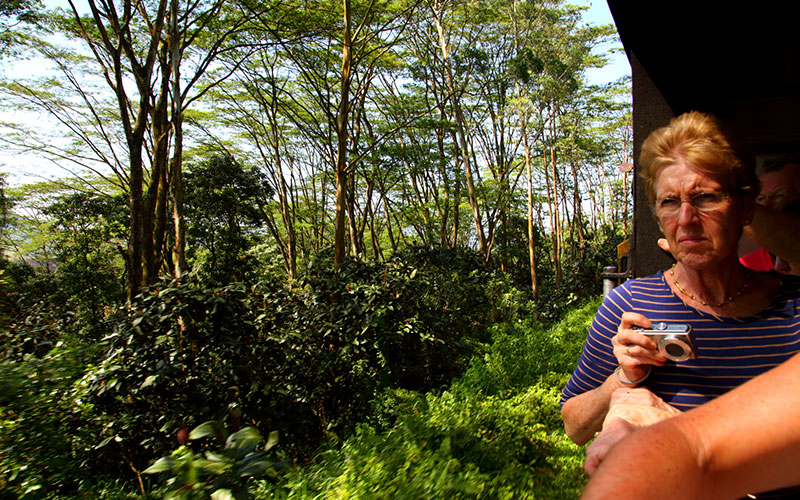 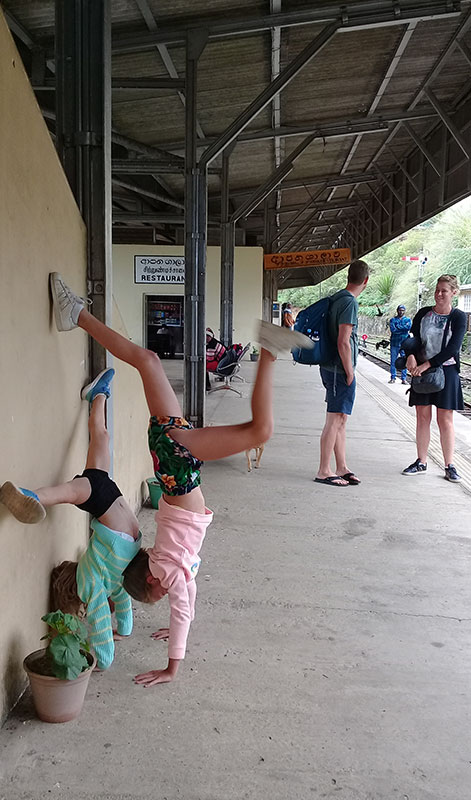 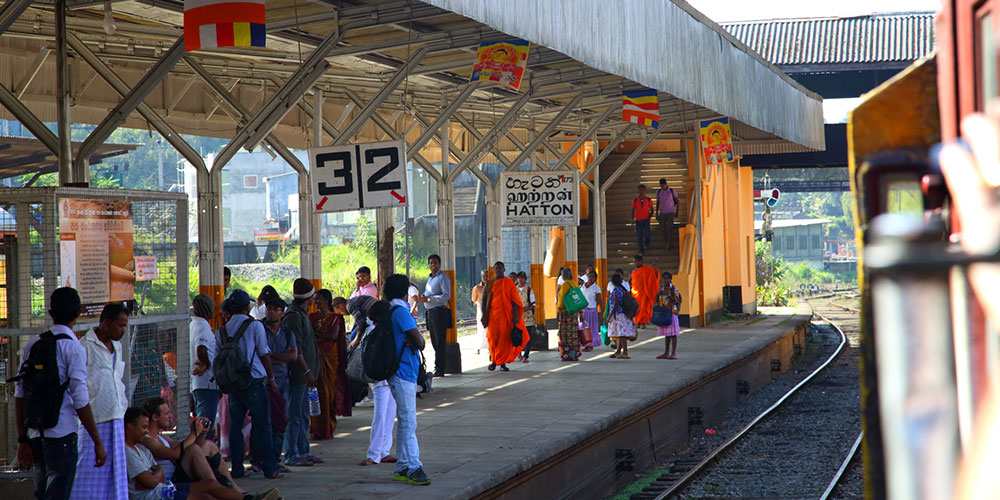 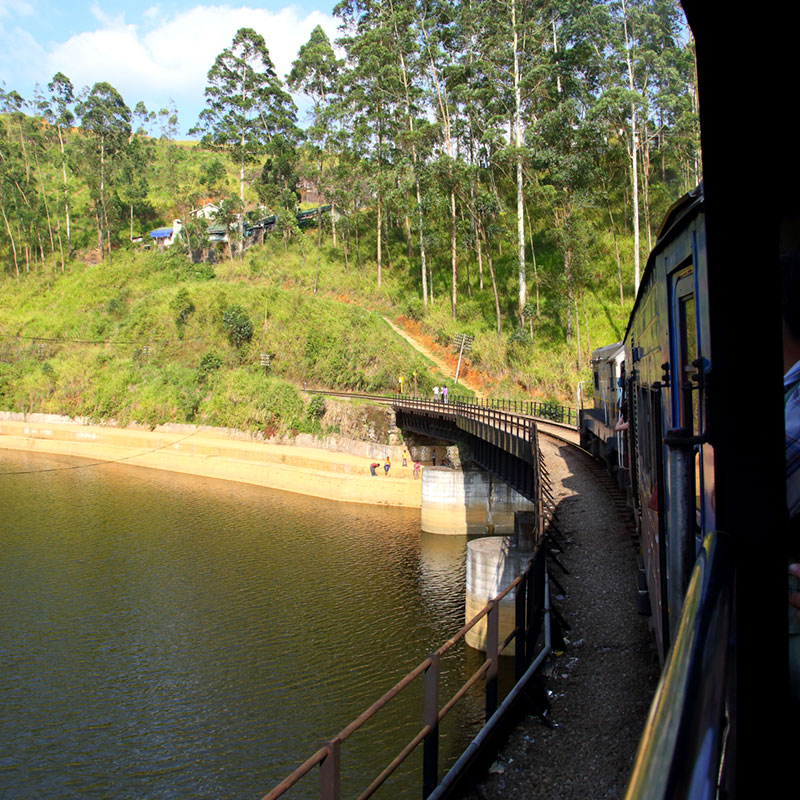 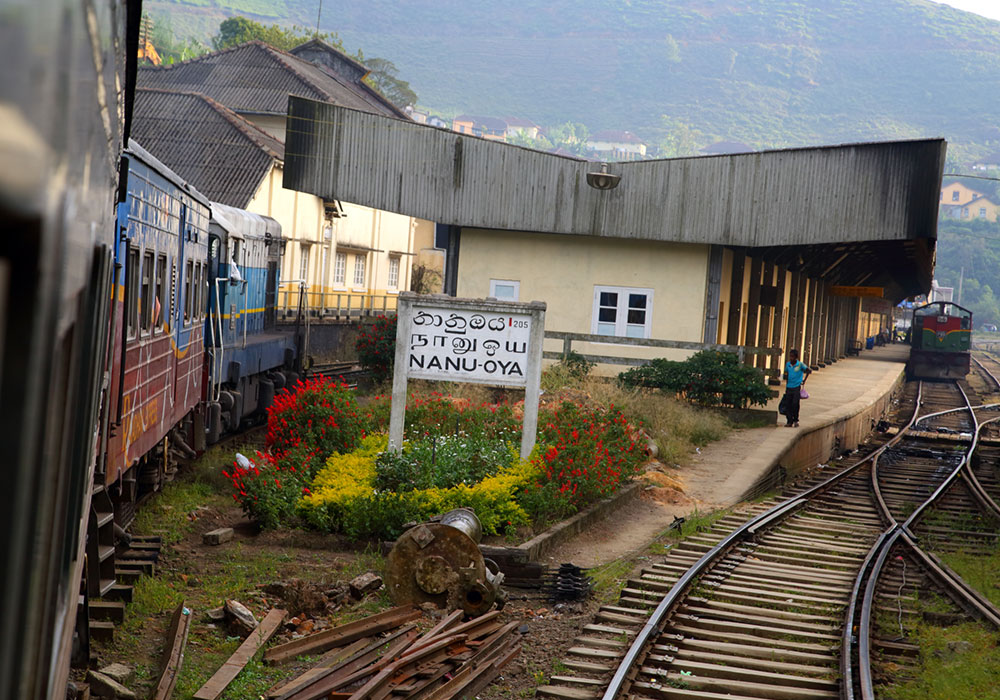 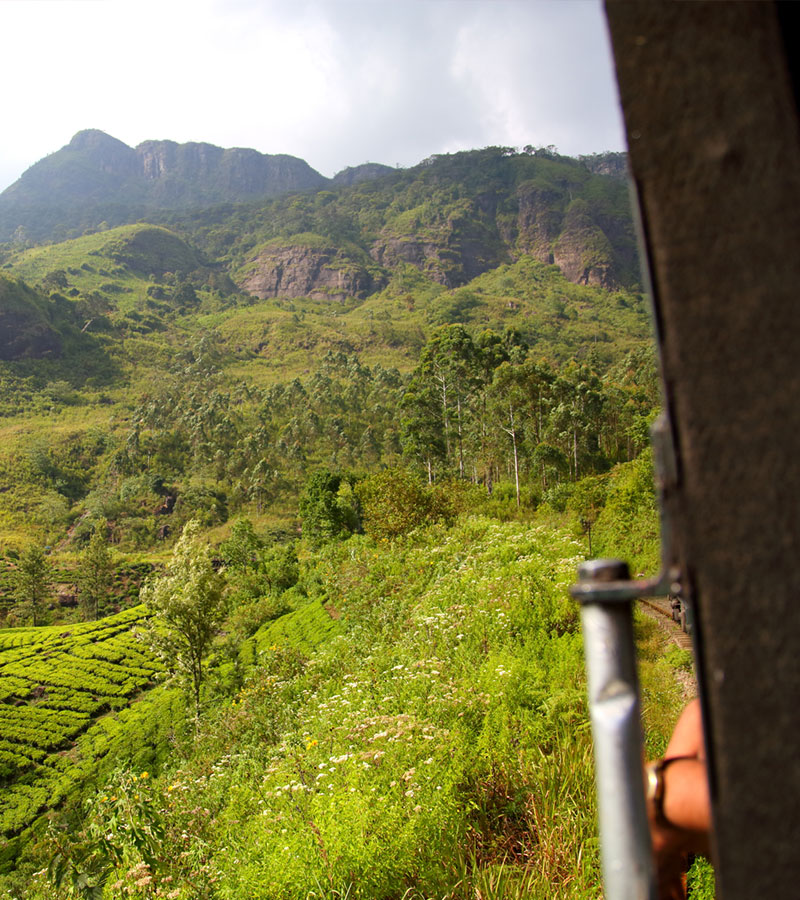